Congratulations! You have reached the first step of starting your venture into fungi culture and supporting sustainable food production!

We are excited to welcome you into the wonderful world of urban farming. Your blue-grey oyster mushroom growing kit is unlike any other because it provides the living grain spawn separately to the substrate.

This is great and a valuable learning curve because you are able to carry out inoculation yourself. You can fully immerse yourself into the mushroom growing experience. This also ensures freshness and vigorous growth. Whether you consider yourself green-fingered or not, having a go at this kit is the first big step towards becoming a fully-fledged Urban Farmer. Once you start, it will quickly become a lifestyle and passion!

The substrate pleurotus ostreatus, commonly known as the blue-grey oyster mushroom, is a species of fungus in the Pleurotaceae family.

They were first grown in Germany as a subsistence measure during the first World War and is now grown commercially around the world for food.

In the box you should find:

1)  After receiving the spawn, it should be used immediately to ensure maximum results.  But if you cannot start right away, store at 1-5oC.

2)  Remove the black substrate bag and stand it upright in a kitchen sink or similar and open it at the top.

3)  In order to pasteurise the substrate, add 3 litres of boiling water, be careful to avoid scalding yourself. Carefully, fold the bag closed and peg/tape it shut in order to retain the heat. Leave to stand for at least 8 hours or until properly cooled. This is extremely important as temperatures above 30oC could kill the spawn.

4)  Once cooled, cut off each bottom corner just enough to let the water drain. Leave for 30 minutes or until no further liquid drains out.

5)  Thoroughly wash your hands and forearms with soap to remove the risk of contamination. Take the bag of mushroom spawn and crumble it into small pieces. Open the black bag at the top and add the spawn to the substrate. Using your hands mix the spawn evenly throughout the whole of the substrate. An even mixture is critical for fast growth.

6)  Double/triple fold the top of the bag shut and compress the substrate bag to remove trapped air, then secure using the peg or tape. Taking a knife, cut 5-6  X shaped cuts of approximately 3cm across on each face of the bag (or just one face if you plan to grow with the bag in the horizontal position) try to ensure even spacing. In time the mushrooms will grow from these cuts.

7)  Lay the black bag inside the mushroom box and liner. Fold the box liner over to help retain moisture. Close the flaps of the box and weigh them down shut. Store in a warm place, with a constant temperature of 18oC-22oC for 17-22 days (It is critical for maximum productivity that incubation is fully complete before starting the next stage). The kit will require no further care during this period. Incubation is complete once the developing thick white cotton wool-like mycelium has occupied ALL of the substrate.

8)  When ready, move the box to an airy but not draughty location, with plenty of natural daylight but not in direct sunlight. Ideally 8oC-18oC. Open the flaps of the box so that the mushrooms are able to breathe. Leave the flaps pointing up and pull the edge of the liner over them. The decrease in temperature and increased aeration stimulates the mushrooms to fruit. If free from drought, you can place the black bag in a vertical position, in the centre of the box to create more natural shaped oyster mushrooms.

9)  Once the box is opened it is critical that the mushrooms do not dry out. Spray into the holes with water twice a day, but not excessively (this may encourage unwanted mould growth). It is also good practice to spray the growing environment created by the white liner. This maintains air humidity, something that mushrooms love! When the young mushrooms (known as pins) begin to force their way through the bag, increase this to watering three times a day, but do not spray the mushroom directly.

10)  In 10-30 days you will be enjoying your first flush! The growth rate will vary depending on environmental conditions, but they may double in size every 24hrs. When fully mature, they will curl up at the edges, trying to harvest just before this stage.

11)  In order to harvest, twist the clump one complete turn, rather than pulling. Do not cut the mushroom as the remaining stump may encourage rot.

12)  You will find that many pins are produced, but some will abort. Harvest only healthy and fresh looking mushrooms. Do not eat aborted or old mushrooms as they are inedible.

13)  After harvest, continue care as described in steps 8-12. Your next flush should occur 10-20 days later. The kit should produce 4 or even 5 flushes, but they are likely to get progressively weaker. If your flushes do not occur, see point 4 in troubleshooting.

14)  Once the kit is exhausted, add it to your compost pile and you may be rewarded with an extra flush!

How To Use Your Mushrooms

Prior to cooking, oyster mushrooms should be prepared by removing the tough stem ends as these are extremely chewy. However, these are great for making mushroom stock!

Oyster mushrooms are best eaten fresh. However, you can store them in the fridge for several days. If you would like to store long term, then drying is best!

Blue-grey oyster mushrooms have a slightly sweet and earthy flavour with a firm texture making a great meat replacement.

When you think they are done, cook them some more!

Why are my mushrooms misshaped?

During the fruiting stage, Insufficient air circulation will result in misshaped mushrooms with long stems and thin caps. If this occurs, remove the deformed mushrooms and move to a better ventilated location.

Are my mushrooms getting enough light?

Lack of light in the fruiting stage can cause coral-like growths instead of mushrooms. The light intensity and temperature will directly impact the colour intensity of the mushrooms. We recommend placing them in indirect sunlight such as on top of a high bookshelf.

How often should I water my mushrooms?

Be careful not to overwater your mushrooms. We recommend spraying them once or twice a day to make sure they have moisture but ensure they aren’t sitting in standing water – this will encourage mould and rot.

It has been 30 days and my kit hasn’t produced any mushrooms. What shall I do?

If 30 days after opening the box (step 8) your kit hasn’t produced mushrooms, it may be because your ambient temperature is too high. In this situation, we recommend placing your kit in the fridge for 24hrs to provide cold shock and trigger fruiting.

When should I pick my mushrooms for eating?

Oyster mushrooms produce a lot of spores. These have been known to cause allergies in some people. Picking mushrooms before they mature minimises the risk of a reaction. Do not consume if a different species has grown or the mushroom fruit has gone bad. Please take sterilisation and cleanliness seriously to avoid contamination. This is the most likely cause of the failure of your kit. If you see mould or unrecognisable growth, do not consume.

Where can I find extra support?

For extra support, hints and tips. You can register for free to the Urban Farmer members’ area of the website. 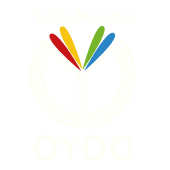